What is Sotalol and how is it used?

Sotalol is a prescription medicine used to treat the symptoms of Arrhythmias. Sotalol may be used alone or with other medications.

What are the possible side effects of Sotalol?

Sotalol may cause serious side effects including:

Get medical help right away, if you have any of the symptoms listed above.

The most common side effects of Sotalol include:

Tell the doctor if you have any side effect that bothers you or that does not go away.

These are not all the possible side effects of Sotalol. For more information, ask your doctor or pharmacist.

Call your doctor for medical advice about side effects. You may report side effects to FDA at 1-800-FDA-1088.

Sotalol/Sotalol AF is indicated for the treatment of life-threatening, documented ventricular arrhythmias, such as sustained ventricular tachycardia (VT).

Sotalol/Sotalol AF is indicated for the maintenance of normal sinus rhythm (delay in time to recurrence of AFIB/AFL) in patients with symptomatic AFIB/AFL who are currently in sinus rhythm.

Because Sotalol/Sotalol AF can cause life-threatening ventricular arrhythmias, reserve its use for patients in whom AFIB/AFL is highly symptomatic. Patients with paroxysmal AFIB that is easily reversed (by Valsalva maneuver, for example) should usually not be given Sotalol/Sotalol AF.

Withdraw other antiarrhythmic therapy before starting Sotalol/Sotalol AF and monitor carefully for a minimum of 2 to 3 plasma half-lives if the patient’s clinical condition permits [see DRUG INTERACTIONS].

Hospitalize patients initiated or re-initiated on sotalol for at least 3 days or until steady-state drug levels are achieved, in a facility that can provide cardiac resuscitation and continuous electrocardiographic monitoring. Initiate oral sotalol therapy in the presence of personnel trained in the management of serious arrhythmias. Perform a baseline ECG to determine the QT interval and measure and normalize serum potassium and magnesium levels before initiating therapy. Measure serum creatinine and calculate an estimated creatinine clearance in order to establish the appropriate dosing interval (insert cross ref to renal dosing). Continually monitor patients with each uptitration in dose, until they reach steady state. Determine QTc 2 to 4 hours after every dose.

Discharge patients on sotalol therapy from an in-patient setting with an adequate supply of sotalol to allow uninterrupted therapy until the patient can fill a sotalol prescription.

Advise patients who miss a dose to take the next dose at the usual time. Do not double the dose or shorten the dosing interval.

The recommended initial dose is 80 mg twice daily. This dose may be increased in increments of 80 mg per day every 3 days provided the QTc < 500 msec [see WARNINGS AND PRECAUTIONS]. Continually monitor patients until steady state blood levels are achieved. In most patients, a therapeutic response is obtained at a total daily dose of 160 to 320 mg/day, given in two or three divided doses (because of the long terminal elimination half-life of sotalol, dosing more than a two times a day is usually not necessary). Oral doses as high as 480-640 mg/day have been utilized in patients with refractory life-threatening arrhythmias.

Adult Dose For Prevention Of Recurrence Of AFIB/AFL

The recommended initial dose is 80 mg twice daily. This dose may be increased in increments of 80 mg per day every 3 days provided the QTc < 500 msec [see WARNINGS AND PRECAUTIONS]. Continually monitor patients until steady state blood levels are achieved. Most patients will have satisfactory response with 120 mg twice daily. Initiation of sotalol in patients with creatinine clearance < 40 ml/min or QTc > 450 is contraindicated [see CONTRAINDICATIONS].

Use the same precautionary measures for children as you would use for adults when initiating and re-initiating sotalol treatment.

For Children Aged About 2 Years And Older

For children aged about 2 years and older, with normal renal function, doses normalized for body surface area are appropriate for both initial and incremental dosing. Since the Class III potency in children is not very different from that in adults, reaching plasma concentrations that occur within the adult dose range is an appropriate guide [see CLINICAL PHARMACOLOGY].

From pediatric pharmacokinetic data the following is recommended:

For initiation of treatment, 30 mg/m² three times a day (90 mg/m² total daily dose) is approximately equivalent to the initial 160 mg total daily dose for adults. Subsequent titration to a maximum of 60 mg/m² (approximately equivalent to the 360 mg total daily dose for adults) can then occur. Titration should be guided by clinical response, heart rate and QTc, with increased dosing being preferably carried out in-hospital. At least 36 hours should be allowed between dose increments to attain steady-state plasma concentrations of sotalol in patients with age-adjusted normal renal function.

For Children Aged About 2 Years Or Younger

For children aged about 2 years or younger, the above pediatric dosage should be reduced by a factor that depends heavily upon age, as shown in the following graph, age plotted on a logarithmic scale in months.

Dosage For Patients With Renal Impairment

Use of sotalol in any age group with decreased renal function should be at lower doses or increased intervals between doses. It will take much longer to reach steady-state with any dose and/or frequency of administration. Closely monitor heart rate and QTc.

Dose escalations in renal impairment should be done after administration of at least 5 doses at appropriate intervals (Table 1). Sotalol is partly removed by dialysis; specific advice is unavailable on dosing patients on dialysis.

The initial dose of 80 mg and subsequent doses should be administered at the intervals listed in Table 1 or Table 2.

Table 2: Dosing Intervals for treatment of AFIB/AFL in renal impairment

The endpoint is achieved when a dispersion of fine particles in the syrup is obtained.

This compounding procedure results in a solution containing 5 mg/mL of sotalol HCl. The fine solid particles are the water-insoluble inactive ingredients of the tablets.

Stability studies indicate that the suspension is stable for three months when stored at 15°C to 30°C (59°F to 86°F) [see USP Controlled Room Temperature] and ambient humidity. 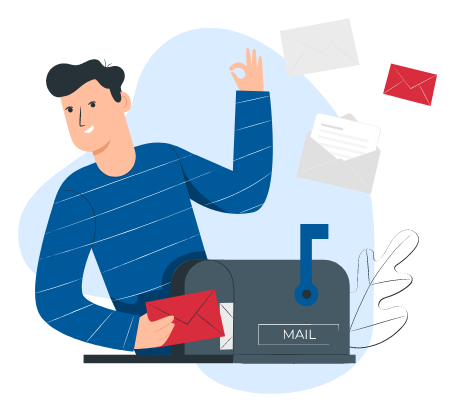